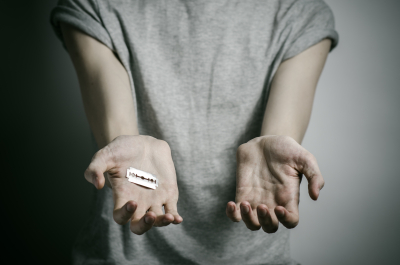 Perhaps you have heard stories of people who attempted to or succeeded in committing suicide. Suicide is real and even though it is not fully discussed in our society, it happens all around us. September 8th to the 11th is deemed suicide prevention week in other to create awareness of this rising problem. Suicide has always been in existence among all human society. In the United States, suicide is a major public health problem that has become one of the main causes of untimely deaths today. The casualties for suicide go beyond the immediate individual. It affects families, friends and the community that is attached to the departed person. Suicide can be described as the self-infliction of violence to end one’s life. The person who commits suicide expires from their violent actions. A suicide attempt, on the other hand, is when the person does not die from violent action (NIH, 2019).

There is no single cause of suicide or any particular attribute of a person that will commit suicide. It does not discriminate against your gender, age, ethnicity, sexual orientation or religion. Some of the main risk factors of suicide includes: prior suicide attempts, depression, mental health disorders, substance use disorder, family history of (mental illness, violence, suicide, physical or sexual abuse), prison/ jail sentences, possession of firearms, age of 15 and 24 or over 60 years, medical illness etc. Men are more likely to die from suicide due to the use of more forceful means while women are more likely to attempt suicide. Women are known to use slower methods such as poisoning or overdose (NIH, 2019).

According to the CDC (2018), the warning signs of suicide include hopelessness, self-harm threats, an increase in drugs or alcohol use, withdrawing from family and friends. Other signs may include taking deadly risks, extreme mood swings, giving away possessions, saying good by friends and family and putting affairs in order (NIH, 2019). Any vocalization of suicide or exhibition of risk factors should be addressed immediately. Studies have shown that asking people about suicide does not cause them to try and attempt suicide. Therefore, health care providers should ask patients directly if they are having suicidal ideations in other to best address the issue.

What do you do if you or a loved one is considering suicide?

This entry was posted in Uncategorized. Bookmark the permalink.

Why Mental Health Matters to Every Child

How to Handle Anxiety Attacks in Public

Learn How to Say ‘No’ Without Feeling Guilty